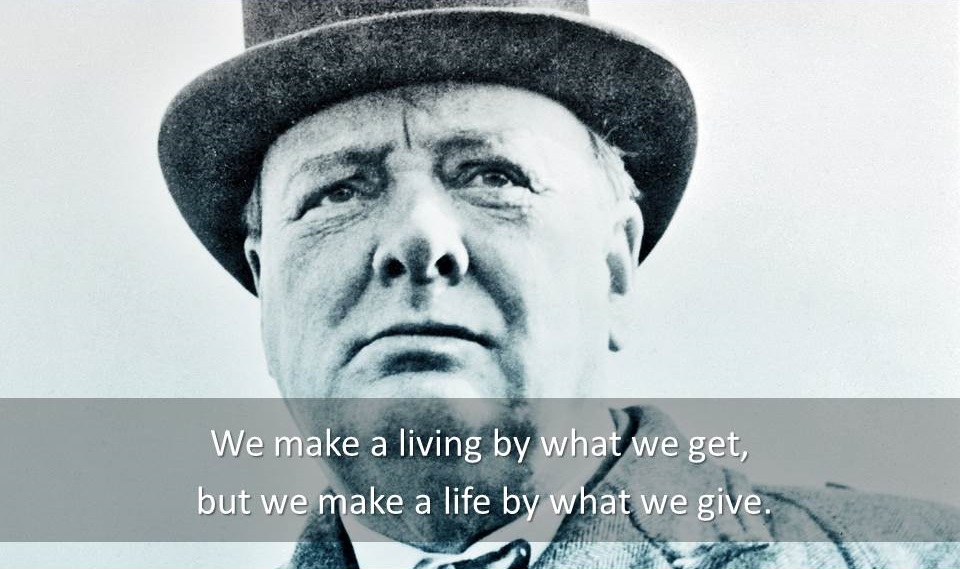 If you're going through hell, keep going.

Kites rise highest against the wind - not with it.

History will be kind to me for I intend to write it.

Attitude is a little thing that makes a big difference.

However beautiful the strategy, you should occasionally look at the results.

Success consists of going from failure to failure without loss of enthusiasm.

It is always wise to look ahead, but difficult to look further than you can see.

Success is not final, failure is not fatal: it is the courage to continue that counts.

I may be drunk, Miss, but in the morning I will be sober and you will still be ugly.

A lie gets halfway around the world before the truth has a chance to get its pants on.

Continuous effort - not strength or intelligence - is the key to unlocking our potential.

My most brilliant achievement was my ability to be able to persuade my wife to marry me.

The best argument against democracy is a five-minute conversation with the average voter.

You have enemies? Good. That means you've stood up for something, sometime in your life.

Without tradition, art is a flock of sheep without a shepherd. Without innovation, it is a corpse.

It is no use saying, 'We are doing our best.' You have got to succeed in doing what is necessary.

The truth is incontrovertible. Malice may attack it, ignorance may deride it, but in the end, there it is.

All the great things are simple, and many can be expressed in a single word: freedom, justice, honor, duty, mercy, hope.

Socialism is a philosophy of failure, the creed of ignorance, and the gospel of envy, its inherent virtue is the equal sharing of misery.

Criticism may not be agreeable, but it is necessary. It fulfils the same function as pain in the human body. It calls attention to an unhealthy state of things.

A man does what he must - in spite of personal consequences, in spite of obstacles and dangers and pressures - and that is the basis of all human morality.

Some people regard private enterprise as a predatory tiger to be shot. Others look on it as a cow they can milk. Not enough people see it as a healthy horse, pulling a sturdy wagon.

If you have an important point to make, don't try to be subtle or clever. Use a pile driver. Hit the point once. Then come back and hit it again. Then hit it a third time - a tremendous whack.