Welcome to Quotes for Mother's Day. Here you will find quotes about Mothers to make Her Day special. 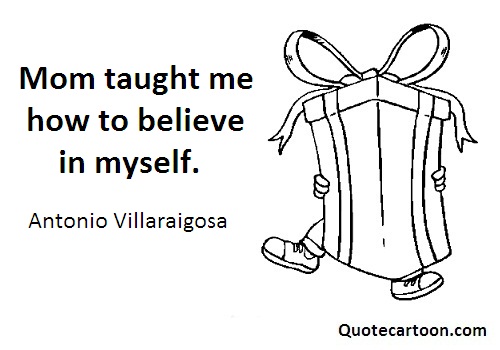 Enthusiasm is the mother of effort, and without it nothing great was ever achieved. ~Ralph Waldo Emerson

Every beetle is a gazelle in the eyes of its mother. ~Moorish Proverb

Every man must define his identity against his mother. If he does not, he just falls back into her and is swallowed up. ~Camille Paglia

Fear is the mother of morality. ~Friedrich Nietzsche

For those whose wit becomes the mother of villainy, those it educates to be evil in all things. ~Sophocles

God could not be everywhere, so he created mothers. ~Jewish Proverb

God pardons like a mother, who kisses the offense into everlasting forgiveness. ~Henry Ward Beecher

Grown don't mean nothing to a mother. A child is a child. They get bigger, older, but grown? What's that suppose to mean? In my heart it don't mean a thing. ~Toni Morrison, Beloved

Hatred of the mother is familiar, but the mother's hatred still comes as a surprise. ~Mason Cooley

He is a poor son whose sonship does not make him desire to serve all men's mothers. ~Harry Emerson Fosdick

His mother should have thrown him out and kept the stork. ~Mae West

How beautifully everything is arranged by Nature; as soon as a child enters the world, it finds a mother ready to take care of it. ~Jules Michelet

I ask people why they have deer heads on their walls. They always say because it's such a beautiful animal. There you go. I think my mother is attractive, but I have photographs of her. ~Ellen DeGeneres

I blame my mother for my poor sex life. All she told me was 'the man goes on top and the woman underneath.' For three years my husband and I slept in bunk beds. ~Joan Rivers

I cannot forget my mother. [S]he is my bridge. When I needed to get across, she steadied herself long enough for me to run across safely. ~Renita Weems

I do not like broccoli. And I haven't liked it since I was a little kid and my mother made me eat it. And I'm President of the United States and I'm not going to eat any more broccoli. ~George H. W. Bush

I don't have a bank account because I don't know my mother's maiden name. ~Paula Poundstone

I got to grow up with a mother who taught me to believe in me. ~Antonio Villaraigosa

I love my mother as the trees love water and sunshine — she helps me grow, prosper, and reach great heights. ~Terri Guillemets

From Quotes for Mothers Day to Mother Quotes