Welcome to Humor Quotes. Here you will find famous quotes and quotations about humor. 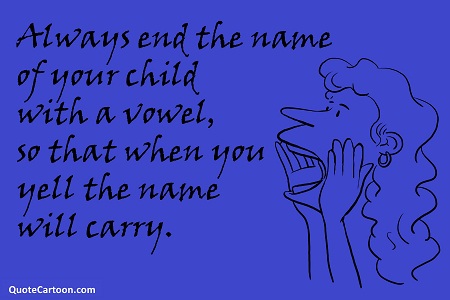 A joke is a very serious thing. ~Winston Churchill

Many a true word is spoken in jest. ~English Proverb

Humor is just another defense against the universe. ~Mel Brooks

Warning Humor may be hazardous to your illness. ~Ellie Katz:

Humor is the instinct for taking pain playfully. ~Max Eastman

Humor is... despair refusing to take itself seriously. ~Arland Ussher

All I know about humor is that I don't know anything about it. ~Fred Allen

Comedy is simply a funny way of being serious. ~Peter Ustinov

Everywhere is within walking distance if you have the time. ~Steven Wright

Every survival kit should include a sense of humor. ~Author Unknown

Humor is a reminder that no matter how high the throne one sits on, one sits on one's bottom. ~Taki

Humor is a rubber sword - it allows you to make a point without drawing blood. ~Mary Hirsch

Humor is an affirmation of dignity, a declaration of man's superiority to all that befalls him. ~Roman Gary

Humor is merely tragedy standing on its head with its pants torn. ~Irvin S. Cobb

Wit has truth in it; wise-cracking is simply calisthenics with words. ~Dorothy Parker

Comedy has to be based on truth. You take the truth and you put a little curlicue at the end. ~Sid Caesar

Nothing is more curious than the almost savage hostility that humor excites in those who lack it. ~George Saintsbury

Someone once defined humor as a way to keep from killing yourself. I keep my sense of humor and I stay alive. ~Abe Burrows

The kind of humor I like is the thing that makes me laugh for five seconds and think for ten minutes. ~William Davis

Humor prevents one from becoming a tragic figure even though they are involved in tragic events. ~E.T. "Cy" Eberhart

Humor results when society says you can't scratch certain things in public, but they itch in public. ~Tom Walsh

I think the next best thing to solving a problem is finding some humor in it. ~Frank A. Clark

If I had no sense of humor, I would long ago have committed suicide. ~Mahatma Gandhi

A person without a sense of humor is like a wagon without springs - jolted by every pebble in the road. ~Henry Ward Beecher

A pun is the lowest form of humor, unless you thought of it yourself. ~Doug Larson

A sense of humor is a major defense against minor troubles. ~Mignon McLaughlin

There is more logic in humor than in anything else. Because, you see, humor is truth. ~Victor Borge

There is no defense against adverse fortune which is so effectual as an habitual sense of humor. ~Thomas W. Higginson

A humorist is a person who feels bad, but who feels good about it. ~Don Herold

A laugh is a surprise. And all humor is physical. I was always athletic, so that came naturally to me. ~Chevy Chase

A sense of humor is the ability to understand a joke - and that the joke is oneself. ~Clifton Paul Fadiman

Analyzing humor is like dissecting a frog. Few people are interested and the frog dies of it. ~E. B. White

Comedy, we may say, is society protecting itself - with a smile. ~J. B. Priestley

A well-developed sense of humor is the pole that adds balance to your steps as you walk the tightrope of life. ~William Arthur Ward

The satirist shoots to kill while the humorist brings his prey back alive and eventually releases him again for another chance. ~Peter De Vries

Above all else: go out with a sense of humor. It is needed armor. Joy in one's heart and some laughter on one's lips is a sign that the person down deep has a pretty good grasp of life. ~Hugh Sidey

Humor is the great thing, the saving thing. The minute it crops up, all our irritation and resentments slip away, and a sunny spirit takes their place. ~Mark Twain

After God created the world, He made man and woman. Then, to keep the whole thing from collapsing, He invented humor. ~Bill Kelly

A taste for irony has kept more hearts from breaking than a sense of humor, for it takes irony to appreciate the joke which is on oneself. ~Jessamyn West

A sense of humor... is needed armor. Joy in one's heart and some laughter on one's lips is a sign that the person down deep has a pretty good grasp of life. ~Hugh Sidey

Humor has a way of bringing people together. It unites people. In fact, I'm rather serious when I suggest that someone should plant a few whoopee cushions in the United Nations. ~Ron Dentinger

Humor is perhaps a sense of intellectual perspective: an awareness that some things are really important, others not; and that the two kinds are most oddly jumbled in everyday affairs. ~Christopher Morley

Let your humour always be good-humour, in the double sense of the phrase: if it comes from a bad humour, it is almost sure to be bad humour. ~Augustus William Hare and Julius Charles Hare

From Humor Quotes to Quote of the Day