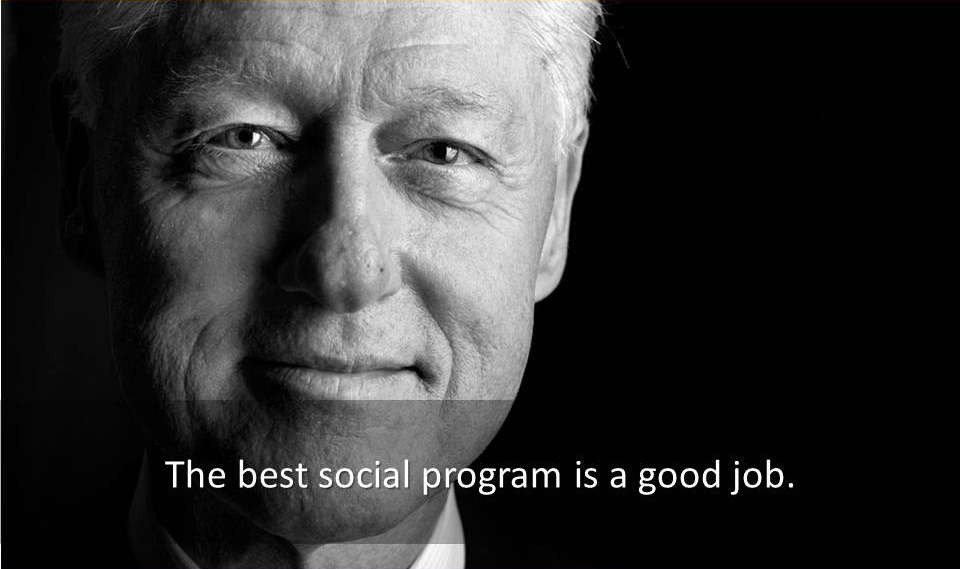 Welcome to Bill Clinton Quotes. Here you will find famous quotes and quotations by Bill Clinton.

The best social program is a good job.

It depends on how you define alone…

I tried marijuana once. I did not inhale.

You are the most powerful cultural force in the world.

Never pick a fight with people who buy ink by the barrel.

I haven't eaten at a McDonald's since I became President.

You can put wings on a pig, but you don't make it an eagle.

Abortion should not only be safe and legal, it should be rare.

You know, everybody makes mistakes when they are president.

The future is not an inheritance, it is an opportunity and an obligation.

I'm someone who had a deep emotional attachment to 'Starsky and Hutch.

In the new economy, information, education, and motivation are everything.

I may not have been the greatest president, but I've had the most fun eight years.

America just works better when more people have a chance to live their dreams.

When we make college more affordable, we make the American dream more achievable.

If you live long enough, you'll make mistakes. But if you learn from them, you'll be a better person.

You can’t blame your opponents for applying a strategy that beats your brains out with regularity.

You don’t have to wait till your party’s in power to have an impact on life at home and around the world.

Being president is like running a cemetery: you've got a lot of people under you and nobody's listening.

I like the job. That's what I'll miss the most... I'm not sure anybody ever liked this as much as I've liked it.

My plan after office is to get up and spend that entire first day helping my wife move into her new senatorial office.

I don't know whether it's the finest public housing in America or the crown jewel of the American penal system.

Let us all take more responsibility, not only for ourselves and our families but for our communities and our country.

I asked him to do it because he was the only person that I could trust to read all 150,000 pages in the Code of Federal Regulations.

Let me say this as clearly as I can: No matter how sharp a grievance or how deep a hurt, there is no justification for killing innocents.

If President Reagan could be an actor and become president, maybe I could become an actor. I've got a good pension. I can work for cheap.

I personally don't believe we ought to be raising taxes or cutting spending, either one, until we get this economy off the ground. I'll pay more, but it won't solve the problem.